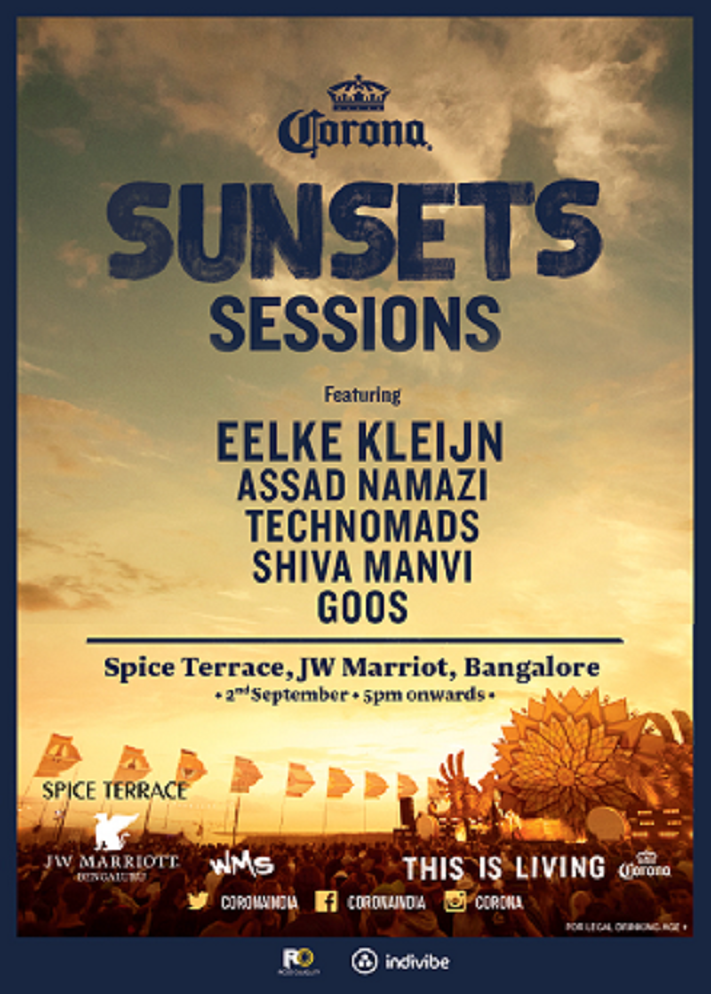 Come be a part of the Corona Sessions, to celebrate the unbridled joy that comes with being one with the outdoors. The sessions will showcase  the best of beach music, and taste freedom in every breath of fresh air. Corona Sessions are an experience of the most perfect day under the sun and beyond.

This edition will be headlined by Eelke Kleijn, a rare and singular talent, his music stretches from film scores to deep live shows and incredibly well formed productions. A true modern day composer, this Rotterdam based music maker’s potential seemingly has no bounds. With a career consistently in acceleration mode, Eelke Kleijn has released music everywhere from Sony to Eskimo Recordings to Suara, while scoring such films as Parker, The Crossing, Wrath of the Titans, and This Means War.

The event will host talented artist TechNomads, known for  blending cold mid-tempo cuts with minimalist basslines. The duo have been featured along-side some power international acts like Dubfire, Mark Knight, Shpongle, Infected Mushroom and so on. DJ Assad Namazi, DJ Shiva Manvi and DJ Goos will also be performing at the Corona Sunset Sessions.